In 1998 Portuguese born artist Paula Rego created a series of work entitled Untitled. The Abortion Pastels.  Rego created her work in response to a referendum to legalise abortion in Portugal, which was very narrowly defeated. Each canvas depicted the image of a woman undergoing an unsafe abortion. 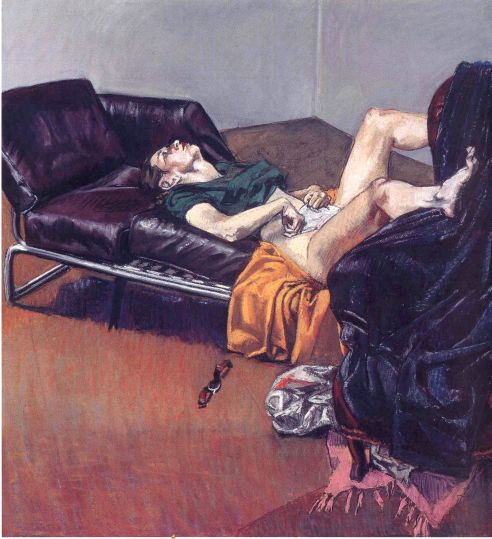 Rego was born in Portugal in 1935, into what she describes as a repressive, middle-class Portuguese life in which women were highly encouraged to do nothing, while working-class women were forced to do everything. The painter recalls girlhood as a time of learning obedience to men, in addition to secretive and confused messages about puberty, sexual abstention and female propriety.  Then fascist Portugal was described by her father as a ‘killer society for women’.

After leaving her homeland in the late 1950’s to attend London’s Slade School of Fine Art, Rego recollected an era including coerced sexual encounters leading to secretive and often tortuous back street abortions. In turn, her Abortion series would be both inspired by her own experiences and that of her fellow female students, utilising what she had witnessed growing up around the small Portuguese villages of her formative years. 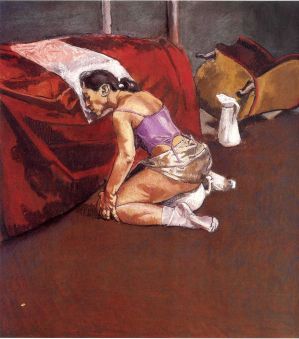 While Rego’s series depicted a theme uncommon in a Western cannon of art often only concerned with the idealisation of womanhood, its harsh realism exposed a hushed up, yet very real world for many women. The artist, however, did not reflect any particular emotion, nor are her subjects portrayed as passive victims. In fact their eyes often gaze blankly outwards at the viewer, thus putting the emphasis of judgement, of guilt, of collusion on those passively spectating.

The artist’s brutal images question the idea of ‘respectability’ in what she believed was a denial of reality for many women. Rego was enraged at her country’s inability to truly face up to the experience of women who would have abortions with or without choice, and whether legal or not. She recalled the women who had died.

Rego’s Abortion series is an intentionally unnerving and uncomfortable experience as a result. When the series was exhibited in the Portuguese capital, Lisbon, Rego recalled the whispered secrets of women in the gallery while looking at her artworks. In turn, after being exhibited, her work is stated to have been integral in changing public opinion.

“It is imperative women have a choice” Rego stated.

Abortion laws in Portugal were liberalised to a greater extent on April 10, 2007.

One thought on “The Abortion Pastels, Paula Rego”