In contrast to the established ideal of the artist genius personified as male, the artist’s muse is widely perceived as female. The artist commands the active role in this relationship and therefore the muse assumes the role of passive decorative object on to which he may project his deepest desires, fantasies and fears. Picasso’s muse, for example, was famously Dora Maar, an artist in her own right, yet known more for her association with the painter than for her own work.

Like Dora Maar, until recently the life and work of French sculptor Camille Claudel (1864-1943) has been largely overshadowed by her much celebrated partner and fellow sculptor Auguste Rodin. As Rodin’s lover, Claudel has often simply been reduced his mistress, within the backdrop of the life of one of the art world’s greatest masters. Rodin was a much more prolific sculptor than Claudel, but it is believed he was enabled in this task by the help of his younger lover. The role of the muse is often to provide sexual, emotional and practical comfort. It is also commonly the result of female sacrifice that the male heroic figure is created. Despite this, in the case of Claudel and Rodin, many now believe it was Claudel who was the more talented pioneer of the two however.

Claudel met Rodin at his workshop at the age of nineteen; he was twenty four years older and also married. Rodin would not leave his wife for Claudel, aiming to keep both women in his life. The male sculptor was a known womanizer, a reputation celebrated in the mythology of the male artist. Such a sexual affair between a much younger female student and an older male tutor is one which has been played out again and again.

Claudel faced many trials as a woman and as a female artist. Her talent was recognised and supported by her father but other members of her family were against Claudel’s involvement in the viewed scandalous world of artists. As a woman in late 19th century French society however, the support of her family was crucial to survival.

The sculptor was forced to have an abortion during her relationship to an increasingly unfaithful Rodin. As their relationship deteriorated, significantly Claudel’s work progressively flourished however, as she exhibited her work at the Paris Salon. After the breakdown of the relationship, which many believed was connected to the rivalry her sculptures posed to that of her ex-lover’s, Claudel became more reclusive and obsessive about her work.  Despite her obvious talent, it was the fact that she was a woman that was a barrier to the support and funding she needed as an artist. After her father died her family withdrew any financial aid and the artist was forced into extreme poverty. The sculptor accused Rodin of threatening to kill her and her brother is believed to have been extremely jealous of her talents. Sculpting was an expensive business and the hostility and neglect of her ex-lover, family and the art world itself all took its toll on Claudel who was showing signs of great distress.

In the early years of the 20th century a form was signed by Claudel’s brother committing her in an asylum, despite the efforts of doctors who tried to tell her family it was inappropriate and that the artist was clear-headed. At this time it was common for women to be placed indefinitely in asylums and labelled insane for reasons from ‘hysteria’ (anything from emotional distress to assertiveness) to adultery, and often at the hands of male relatives who had authority over their sisters, mothers, nieces and daughters.

During her incarceration the letters Claudel wrote to friends clearly showed she was lucid. Claudel, however, was held in the asylum for the remaining thirty years of her life. She died in 1943 and it is believed her brother did not attend her funeral.

(Claudel in the last years of her life)

Camille Claudel’s life was not romantically tragic, but indicative of a culture which forced hugely damaging personal and societal sanctions on women.

In recent years the work of this hugely skilled and pioneering sculptor has been more positively highlighted and the oppressive circumstances of her life dissected to create a more deservedly insightful view of Camille Claudel herself.  Her legacy is not only her work but the recognition of the life she endured as a woman, and a female artist.

Sirkka-Liisa Konttinen and Tish Murtha are both celebrated photographers known for their individual documentation of the lives of communities within the North East of England. 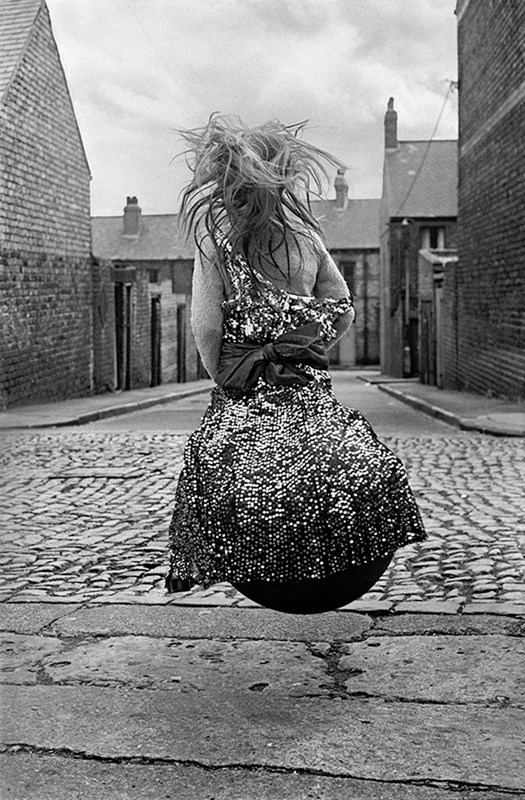 Both highlight the realities of Northern working class English lives in ways which range from humorous to disturbing. By recording the everyday, particularly of economically deprived communities, Konttinen and Murtha follow in the footsteps of such great photographers as US based Dorothea Lange and her insights into the lives of poor migrants during the American Depression. Their shared social realism genre is associated with social comment on the prevailing economic and political conditions. The work therefore enables a critical platform to view inequality within the structures of society, by focusing on the marginalised. 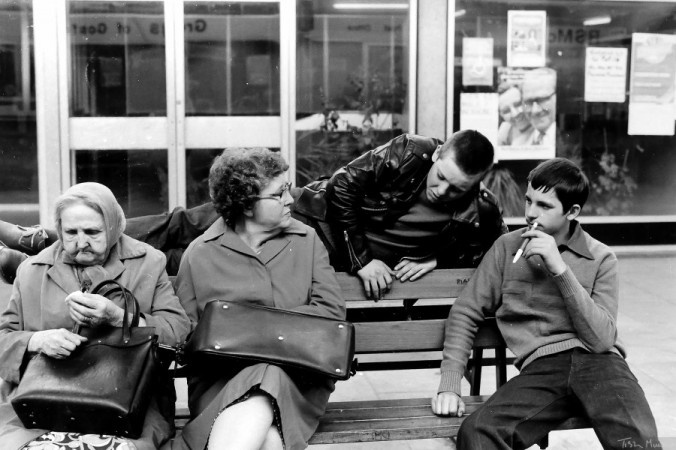 Konttinen, who originated from Finland, studied photography in London in the 1960s,  moving to Newcastle Upon Tyne in 1969.  There she co-founded Amber Films, a film and photography collective with an aim to reflect local lives with both respect and gritty realism. Konttinen herself spent seven years photographing her neighbours in the working class East End of the city in which she lived, which culminated in her book Byker. The series captured a community on the brink of dispersal and drastic change, as many of the houses were about to be demolished making way for new housing developments. Her work is a window into a 1970’s life which was shared by many communities across the land during an era of great social change. 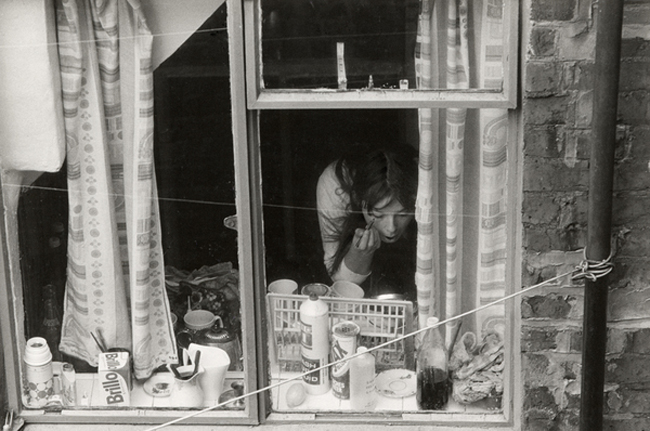 Born into a large family of Irish descent, Murtha was living in a council house on the opposite side of Newcastle, and aimed to reflect the community on her doorstep in the impoverished West End of the city.  Her 1980s work particularly captured an era incorporating the bleak affects of Thatcher’s Britain on northern communities. One of the photographer’s first exhibitions was called Youth Unemployment (1981), a series which was even used as a source of debate in the House of Commons. While often preserving a sense of both warmth and humanity, Murtha continued to use her photography to raise many social and political concerns for her home town, as well as for the country as a whole.

Both technically and artistically gifted photographers highlighted a world perhaps unknown to many gallery spectators. Konttinen affectionately captured a working class neighbourhood before it was dismantled while Murtha’s work, photographed ten years later, however poignantly raised questions on a community being socially and politically destroyed.

In doing so, Konttinen and Murtha have both created their own body of work that reflects a Northern working class landscape and social history which may be viewed with both nostalgia and socio-political awareness.