“What is feminist art?” was a question posed to Sabra Moore in her newly published book Openings, A Memoir from The Women’s Art Movement, 1970-1992. As a New York based artist, writer, and activist who worked at the center of one of the most defining eras of Western feminist creativity, Moore is extremely well placed to answer.  The author, as former president of the Women’s Caucus for Art, member of the Heresies feminist collective and one of the instigators of a major protest at MoMA, played a vital role in the unfolding events of the time. Produced from years of intricate journal keeping, Moore presents her memoirs including her interlocking pathways, affiliations and friendships with the most renowned US female artists of the age, from Louise Bourgeois and Faith Ringgold to Ana Mendieta and Georgia O’Keeffe. In doing so the author not only creates insights into her own innovative artistic ventures and that of her female contemporaries, but provides an invaluable account of art and the women’s liberation movement which lays bare the very ethos of feminism.

A sense of the era’s hopes wrapped in outrage are outlined as Moore highlights women’s struggle for artistic autonomy and personal self-definition, within a conjoined exploding world of civil rights activism, anti-Vietnam war protests and black arts movements. In doing so the author conveys an intriguing historical primary source inclusive of a tangible sense of the excitement of the age. Moore’s autobiographical journey through her late 20th century feminist activism painstakingly reflects the many groups and initiatives, studios, protests, publications and galleries set up to counter the sexism and racism involved in the mainstream art world. From the influential feminist Heresies collective, who sought both women’s artistic and human rights, to the Guerilla Girls and demonstrations against MoMA’s lack of female representation to which she was central, Moore highlights a continuous campaign of activism interwoven with the ongoing and related creativity of herself and fellow female artists. In a contemporary age perhaps removed from the significance and integrity of terms such as ‘sisterhood’, Moore’s insights into a diverse women’s artistic community lays bare the sheer effort, pain and joy involved in women’s collective labour to initiate positive change.

The personal is certainly political in Moore’s writing, and fascinatingly so as she entwines the era’s feminist artistic and political progress with her own private narrative. From the bonds and traumas of parental relationships,  poetic dreams and work in a newly legalised abortion clinic to the horrors of being subjected to intimate partner violence, Moore presents a candid viewpoint. In doing so, the descriptions of women’s activism are fleshed out and given added relevance within a significantly female story. In turn, Moore’s moving recollections of the circumstances surrounding the death and believed murder of friend and fellow artist Ana Mendieta are particularly poignant.  The rage felt by the author and her companions, such as artist Faith Ringgold, at the presumed male violence and colluding injustice of the authorities is palpable. Juxtaposed with ongoing recollections of the politics and artworks of the age, the author instills a real sense of feminist purpose.  Moore thus exposes the reader to a rare and unapologetically intimate and bold centering of women and the issues surrounding them by women themselves. 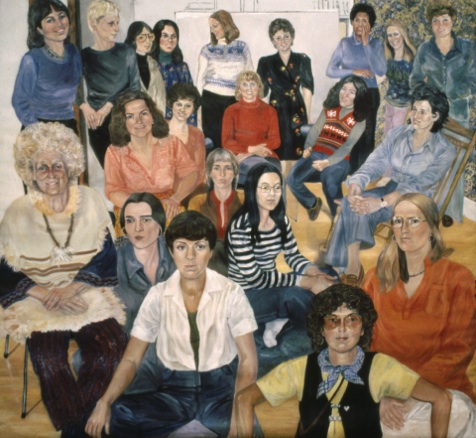 Such attention to female bonding is also reflected in the artworks of the many women artists Moore highlights in her book. Sylvia Sleigh’s group portrait of A.I.R. (Artists in Residence), the first all-female cooperative gallery in the US, including such artist as Nancy Spero and Agnes Denes, is indicative of the era. In addition Moore highlights such innovations as Sleigh’s male nude series ‘the gaze returned’ and Faith Ringgold’s The Flag Is Bleeding . The artist Mary Beth Edelson is also recorded as creating her humorous and irreverent feminist version of the Last Supper, substituting the disciples with many of the women artists in Moore’s circle and replacing the Christ figure with a portrait of Georgia O’Keeffe.  This, in turn is compared with Judy Chicago’s famous installation The Dinner Party (1979), both artworks emphasising and honoring the gathering together of women.  Moore’s own work, however, is described as having roots in the skill and creativity of her grandmother’s textile crafts. The author states ‘’Quilts serve a function; the context of women working together could serve as a model to change the art world’’, and so considering female collective effort and creativity with positive feminist/political transformation.

The book itself is dedicated by Moore to her grandmother, in homage to the often invisible skills and ingenuity of female ancestors. In doing so, the author reminds the reader that her own writing is an acknowledgement of past and present women, their struggle, rage, creativity, resourcefulness, bravery and community which goes far beyond the bounds of an artistic movement. Moore enables a focus on the female artist which is still relevant today, highlighting such issues as tokenism, lack of economic resources, and including artist Alice Neel’s advice to ‘stay healthy’ as success, if it comes at all, will ‘come late’ for women.  In conclusion, ‘feminist art’ is explained by Moore as ‘a way of life, a state of mind, a political commitment to other women’’.  This is not simply an intriguing autobiography or a valuable archive and resource on women artists and art history, this book is feminism……..please read it and learn. 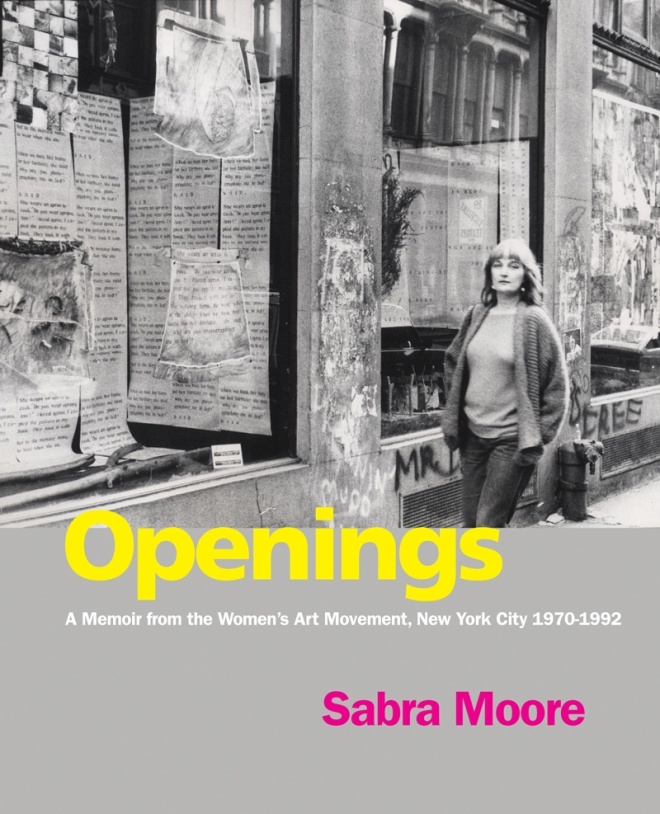